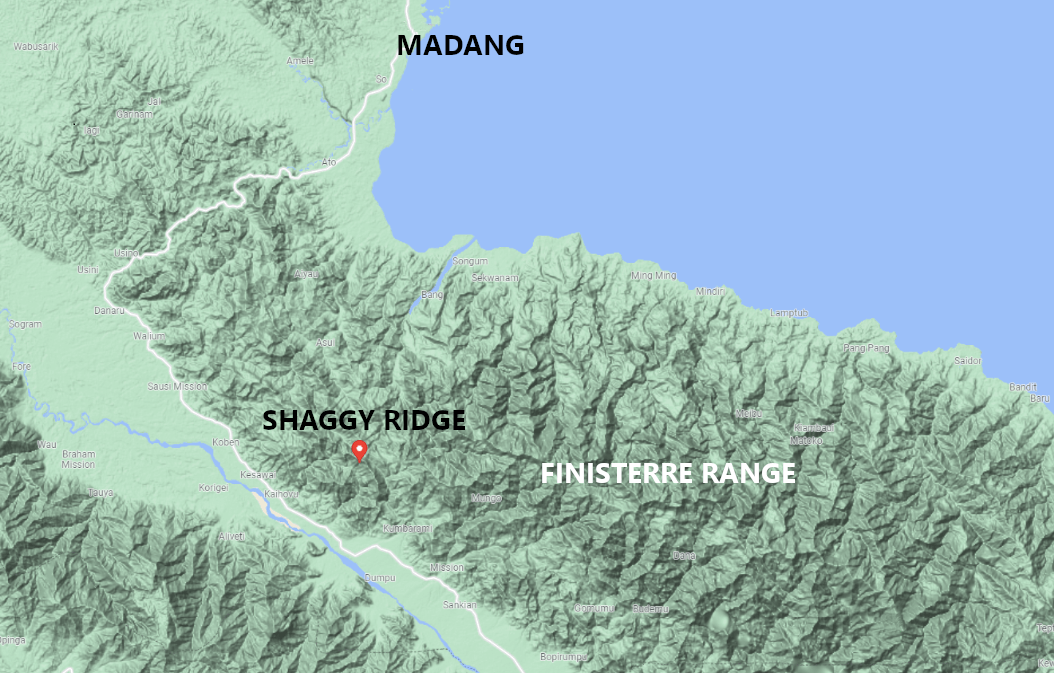 Shaggy Ridge was an important part of the history in WW2 and the campaigns in PNG.

By 1943, we had turned from victories in Milne Bay, Kokoda, The Beachheads around Buna, and on to Wau, when our focus was concentrated on Lae.

There was a large Japanese base on the coast near the mouth of the Markham River at the southern end of the Huon Peninsula. Our aim was to capture this area and develop airfields for further advances along the North Coast.

The initial attacks were by troops dropped by parachute in the Markham Valley, and capture of Nadzab airfield in September 1943. The nearby airfield of Tsili Tsili was also used for further advances.

One unfortunate tragedy unfolded during the build-up, when a bomber in Port Moresby on route to Tsili Tsili crashed on take off into the men of our 2/33rd, killing the American flight crew, and 60 diggers on the ground, and wounding a further 92.

Shaggy Ridge was a main Japanese defensive position blocking access to the Ramu Valley and the track and road to the north coast.

Shaggy Ridge is a 6.5km razor-backed ridge that is the highest feature in the Finesterre Mountains in north-east New Guinea. The ridge was named after Captain Robert “Shaggy Bob” Clampett of the 2/27th who was the first to reconnoitre the area.

The attack would involve scaling the steep slopes and ridges, and locate and destroy the well dug in Japanese bunkers. The Japanese had constructed their defences to cover all approaches, and the ground was so steep that a major tactic involved them simply rolling grenades down the slopes.

The significance of this well fought campaign was used as a future model for more modern warfare, and involved paratroops, specialist forces, and commando companies, and with vital air support.

This is a tough trek, markedly different from the more popular Kokoda.

Can be subject to change

DAY 1 : Arrive Port Moresby and transfer to Hotel. Pre-walk briefing.
DAY 2 : Transfer to airport, and flight to Lae (Nadzab), then PMV to Dumpu 6 HRS by PMV
DAY 3 : Meet porters and start our trek with a steady incline to Aginau Village. Another climb during which we can view weapons pits and defence sites along the way. Camp at foot of Shaggy Ridge village 7 HRS
DAY 4 : A tough day’s walk along ridgelines, with more defence pits seen, and rough overgrown bush tracks with another steep descent then on to Mindjim River camp. Camp at Maus Karl 7 HRS
DAY 5 : Leave our gear at Maus Karl, trek to Machine Gun, and return. 7 HRS
DAY 6 : Maus Karl to Dumpu. 9 HRS
DAY 7 : Transfer by PMV to Lae ( 6 HRS by PMV) then fly to Port Moresby. Transfer to hotel.
DAY 8 : Transfer to airport to catch your International flight home.

You can send your enquiry via the form below.